Matthew Scott was elected as the Kent Police and Crime Commissioner in May 2016. He lives in Swanley with his wife Nina, who is a Conservative councillor for the Swanley White Oak ward at Sevenoaks District Council. They are both very active in the local community.

Before being elected as Police and Crime Commissioner he worked as a Parliamentary Manager in Westminster, and has extensive experience of working with Government departments, local authorities, the Police, charities and other organisations. Matthew often assists with advocacy in casework and complaints processes.

The government’s website www.police.uk has provided maps that show crime and anti-social behaviour at a street by street level right in our neighbourhoods.

This means you can see exactly what crime is happening and where – right down to the level of your street corner. If you have concerns about the crime you see or how issues are dealt with, you can raise them with the police.

Crimes can be viewed including burglary, violence and anti-social behaviour in a particular area by using a simple postcode search. There are also details about neighbourhood policing team and information about regular beat meetings. 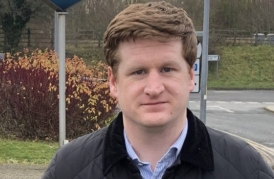