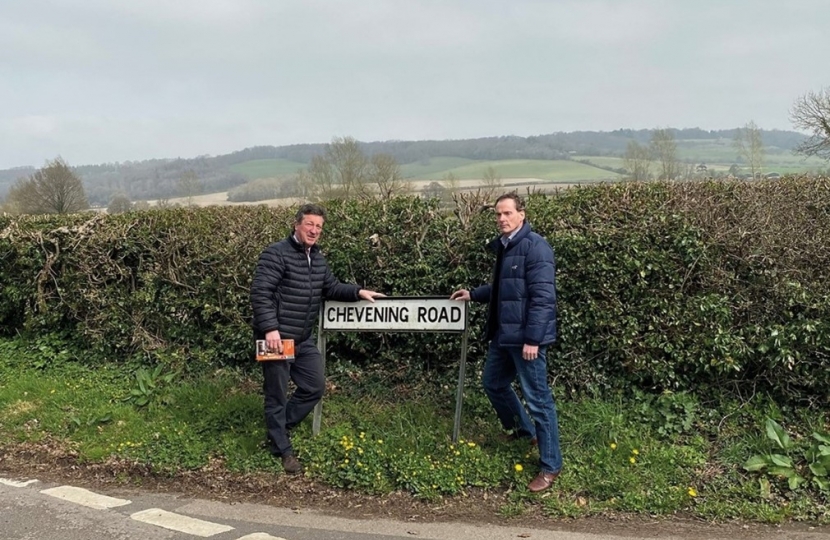 This proposal involves the dumping over a million tons of soil and other waste material such as demolition rubble, on the Chevening Estate to create extensive 10 metre high mounds ostensibly to hide the motorway traffic from Chevening House.  The importation of this material is opposed by Conservative KCC Councillor Nick Chard, Sevenoaks District Councillors James London and Anna Firth as well as Conservative SDC candidate for Brasted, Chevening & Sundridge, Keith Bonin.

Councillor Chard explained “This project would have a severe impact on local traffic with up to 200 lorry movements a day, one every 2 minutes. The impact on air and noise pollution will be substantial, to say nothing of the inevitable damage to our local roads. Many residents believe that the plan is all about profit for the proposers to the detriment of the area of outstanding beauty in the Green Belt.”

Candidate Keith Bonin added “Farmland has an intrinsic value for the health and wellbeing of the nation’s people, therefore giving up our precious farmland in Chevening for landfill should not be viewed as conservation and the terrible impact on the local community must be prevented.”

Nick Chard and Sevenoaks District Councillors James London and Anna Firth have therefore objected to the proposal and are raising the concerns of local residents directly with the SDC planning officers and other officials. Keith Bonin has also formally objected. If he is elected to Sevenoaks District Council on the 6th May, he is determined to join his fellow councillors in fighting against this development.

Dear all,
Welcome to my May newsletter and apologies for its delay.