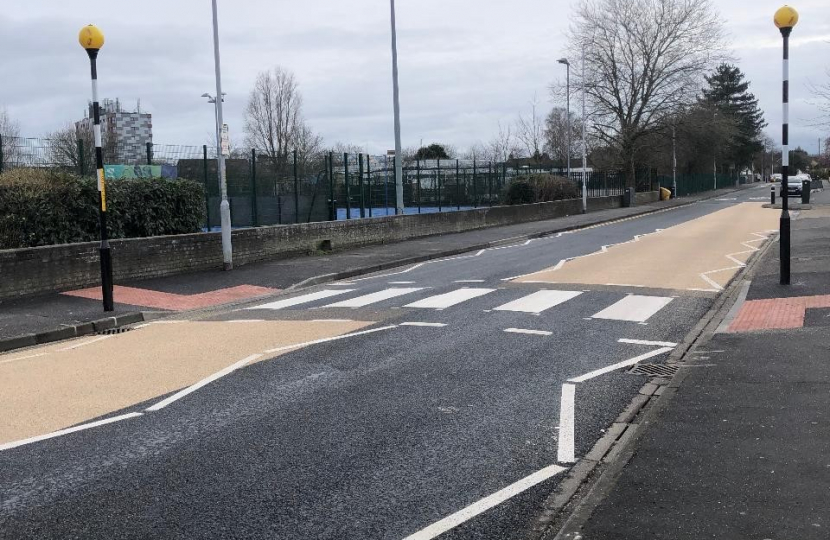 Local Councillors Lesley Dyball and Michael Horwood have been successful in their longstanding campaign to secure a zebra crossing for St Mary’s Road, having campaigned for it since residents met with them in 2019 over local safety concerns.

Although Kent County Council rejected the need for a crossing multiple times, Lesley and Michael continued calling for the crossing and highlighted crash data which demonstrated the figures KCC used were inaccurate, with the number of collisions, including even with children, far higher than reported.

Following support from Laura Trott MP, Perry Cole and local residents, they were able to secure a dedicated crossing point for both the primary school and secondary school. Work was finally completed in March and markings emphasising the 20MPH speed limit have also been renewed.

Cllrs Dyball and Horwood would like to thank everyone for supporting their campaign and they hope that it will improve safety for local schoolchildren and those with mobility issues trying to cross the road.