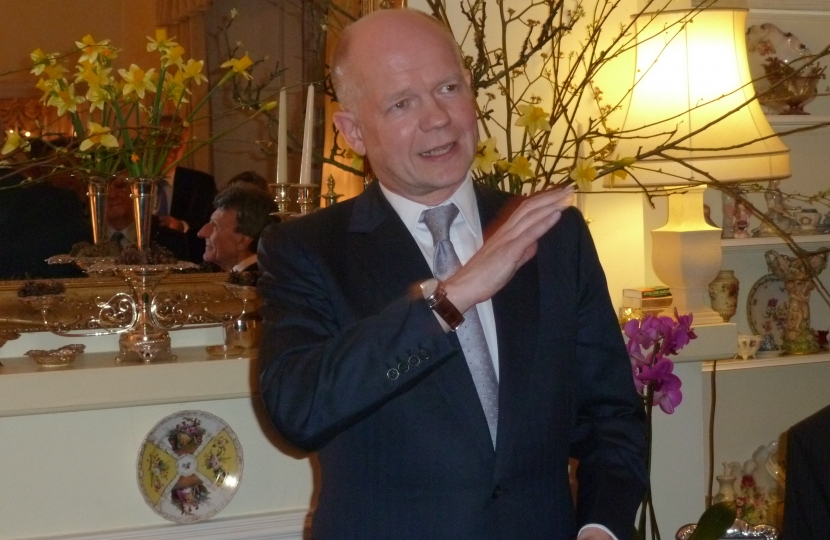 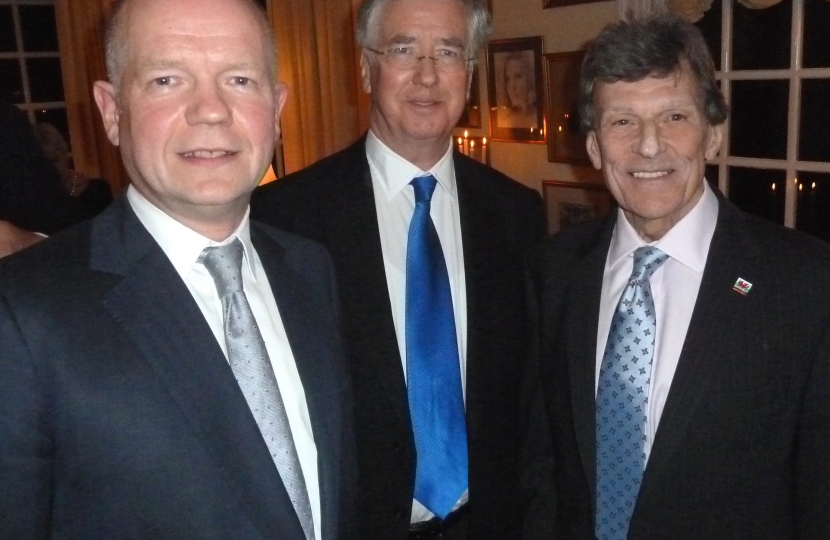 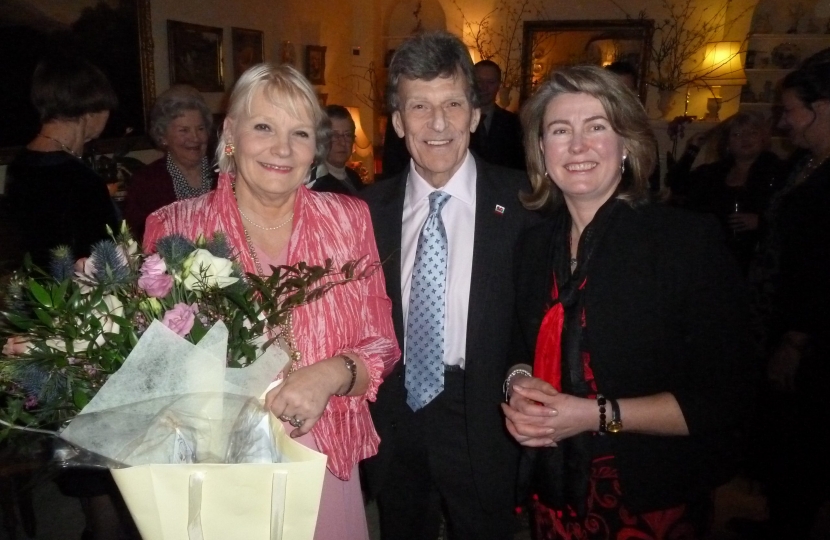 Thanks to the generosity of Mrs Lela Weavers, Sevenoaks Conservatives were treated to a truly spectacular evening on Friday night when the Foreign Secretary, the Right Honourable Mr William Hague MP, made an inspirational speech to a crowded room of local Conservatives in Chevening.  Having barely bade good-bye to the new US Secretary of State, John Kerry and his entourage, the Foreign Secretary diverted from his busy weekend programme to spend over an hour and a half mingling and chatting to local Conservatives over delicious homemade canapés and champagne at Crossways House, Chevening Cross.

Combining both wit and wisdom Mr Hague entertained and enlightened us all with amusing political anecdotes of his time in politics and true stories regarding Labour’s disastrous legacy both in the Foreign Office and elsewhere.  He joked that he had been expecting a bit of a roasting but had not expected it to be quite so literal since he was asked to speak right in front of a roaring fire!  We learnt that in Labour’s 13 years in Office none of the various Foreign Secretaries had visited Australia, New Zealand or Canada, whereas Mr Hague has visited them all, including Australia three times, since these are all growing economies.  Sensibly, he has brought historians back into the centre of the Foreign Office so that on big issues we learn about the history before launching in with ill-thought out solutions.

So far as the by-election was concerned, Mr Hague thought that although we should listen to the concerns of people, we should not be too disheartened.  Continuing to deal with Labour’s toxic legacy is a far more important priority and it is worth noting that the economy is beginning to heal.  Already unemployment is falling, there are a record number of new business start-ups (500,000 last year, the highest number since records began), a quarter of the deficit has already been paid down and net immigration is down by a third.  Equally important, lower paid people are being moved out of income tax altogether despite the dire world global conditions.  These are all significant Conservative measures which have been achieved despite being in coalition with the LibDems for the last two and a half years!

Most importantly, Mr Hague clarified the issue of the EU referendum.  This is not a conditional offer based on a re-negotiated settlement some thought. On the contrary, under a Conservative government the British people WILL get an in/out referendum.  It is highly likely therefore that come the next election the Conservative Party will be the only party offering the British people a much needed choice on Europe.  Mr Hague then took questions on a whole range of topics including Iran, Syria, the roles of the various European institutions, and Conservative policy on encouraging business and enterprise.

Finally, Mr Hague praised the work of our own MP, Michael Fallon, who he pointed out is working very hard to restore this country’s competitiveness and help Britain improve export performance and keep us linked up to the fast growing economies of the world.

The fact that few people wanted to leave after the event proved how popular it had been and it is worth considering that such occasions do a great deal  to promote Conservative morale in difficult times.  We must thank District Councillor Anna Firth for her ingenuity in persuading the Foreign Secretary to undertake such an appearance.

Above: Rt Hon Michael Fallon MP for Sevenoaks and Minister of State for Business and Enterprise and County Councillor Richard Parry, Chairman of Sevenoaks Conservative Association, at the event in Chevening on 1 March.