Newsletter from the Kent Police and Crime Commissioner 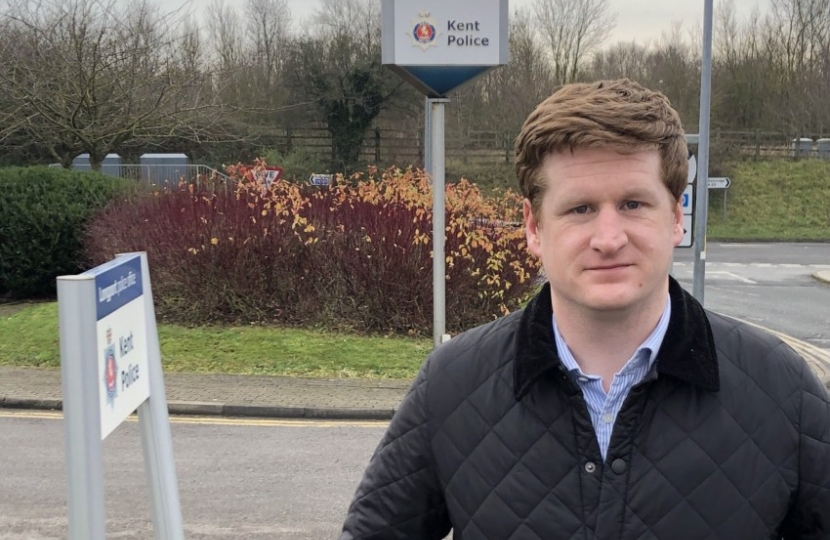 Police Officer numbers in Kent will rise back to one of their highest levels on record, thanks to the support of council taxpayers this year. As the Police and Crime Commissioner, Matthew is responsible for setting the Policing element of your council tax (around 10% of the total amount) and the setting of the overall Police budget. As he is elected, this means that you have someone accountable to you for the decisions that are made. This year, the council tax that goes towards Policing in Kent will rise by £2 a month for the average band D property, which will help fund another 180 Police Officers and 15 Police Staff posts. The Chief Constable, who decides where they are deployed, will be using the new recruits to offer more patrols in our town centres, increase the number of proactive community Policing team Officers, investigations. This is on top of the 270 extra Police Officers that Kent Police has been able to recruit thanks to Matthew’s plans since 2016. Find out more at www.kent-pcc.gov.uk/450.

MORE POLICE STAFF—AND PCSO POSTS PROTECTED TOO As well as investing in Police Officers, there will be continued investment in Police Staff and PCSOs. Matthew has agreed with the Chief Constable that all 300 PCSO posts will remain in the county, and they now have more powers to tackle crime and antisocial behaviour. In addition, your support as council tax payers means that there are another 100 Police Staff posts to answer calls, investigate crime and support victims of crime.

What does the PCC do?

· Decides the Budget and Council tax

· Works with councils and others to prevent crime

I welcomed Home Office Minister Victoria Atkins to Kent to speak at an event I hosted to talk about ways to reduce violence in our communities. At the Violence Reduction Summit, she announced a new funding package which would see investment from my Office and the Home Office worth £800,000 over three years to tackle county lines. There will be dedicated workers engaging with young people at risk of getting involved in county lines and helping them stay away from a life of crime.

Thanks to lobbying by me as your Police and Crime Commissioner, and support from most of Kent’s MPs, Kent Police has secured the first tranche of funding to pay for contingency planning in advance of Britain leaving the EU. £850,000 has already been paid, with more to follow. In 2015, Kent council tax payers were left with the bill for Operation Stack—this agreement means that this won’t be the case whatever happens after Brexit. It has rightly been acknowledged as a national, not Kent issue.

I was pleased to help fund the return of Police cadets in Kent when I was elected in 2016. It’s a great scheme for 13-17 year olds that sees positive engagement with policing and the local community as a result. The aspiration is to have units across the whole county, and in recent months units have either opened or will imminently open in Swanley, Sittingbourne and Ashford, on top of those in Medway, Maidstone, Dover, Canterbury, Tonbridge and Gravesham. We have close to 400 Cadets already.

Sexual violence is a serious crime and the impact on victims can be tremendous. I’ve made this a priority for Kent Police and they’ve got dedicated resources investigating offences, supporting victims and catching perpetrators. But in order to provide extra help to victims of crime, I’ve launched a new independent sexual violence advisers scheme in partnership with the brilliant Family Matters charity. Launching 1st April, you can find out more at www.familymattersuk.org.

Despite all the pressures that they have faced, Kent Police has been awarded another “Outstanding” grading by the body that independently inspects it. They are deemed to be rated “Good” or “Outstanding” at every area they are looked at for efficiency, effectiveness and legitimacy. They have now rated as “Outstanding” and the best in the whole country for the accuracy of its crime data. This is important as it provides greater confidence to victims. Officers and Staff deserve real credit for all of their achievements in these HMICFRS inspections.

I’m Amanda Milling – MP for Cannock Chase and the new Co-Chairman of the Conservative Party. My job is to help to deliver on the people’s priorities.