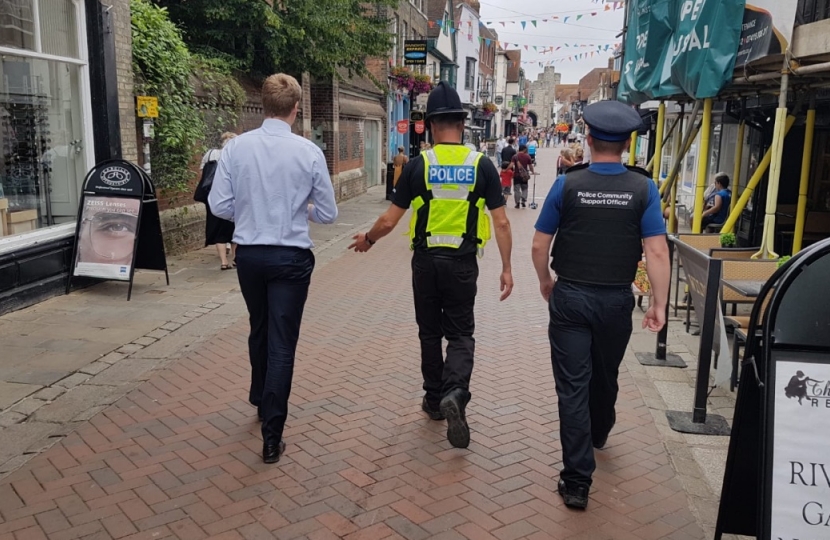 I was delighted to have been re-elected to serve the public of Kent in May for a further term. My team and I have been working with Kent Police to deliver the objectives that I set out to make our county a safer place. Below is a summary of some of the things that have been achieved since May:

There’s lots more positive news from around Kent Police too. The Rural Team has been bolstered with the support of ten Special Constables. The Volunteer PCSO scheme continues to attract new recruits. The County Line and Gangs Team, and the Chief Constable’s Crime Squad – both set up from council tax receipts – continue their relentless focus on drug dealers, burglars and violent crime. Joint work with local authorities to tackle fly-tipping continues.

It’s hard to believe that it has already been 100 days since my second term started, but I thank you all for your ongoing support.