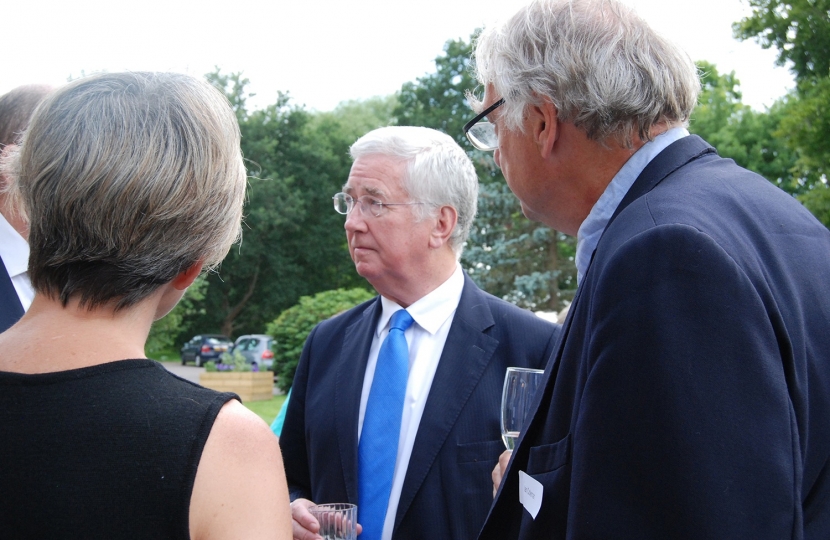 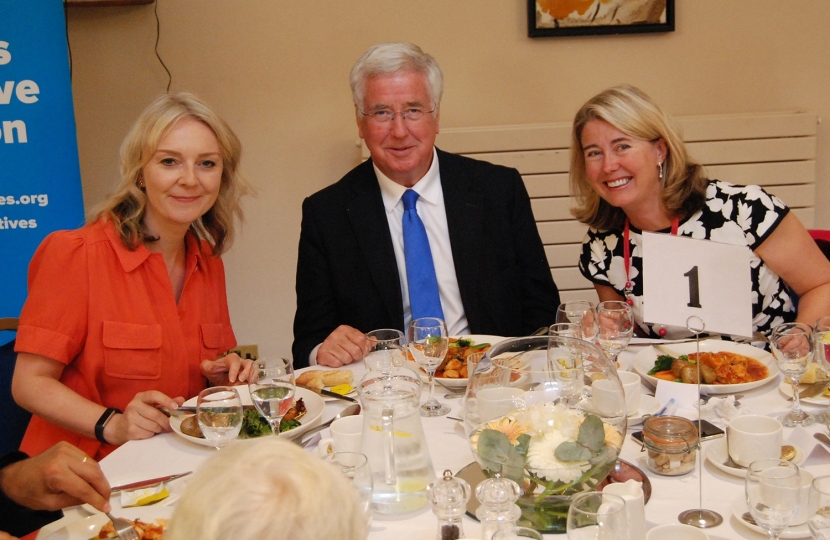 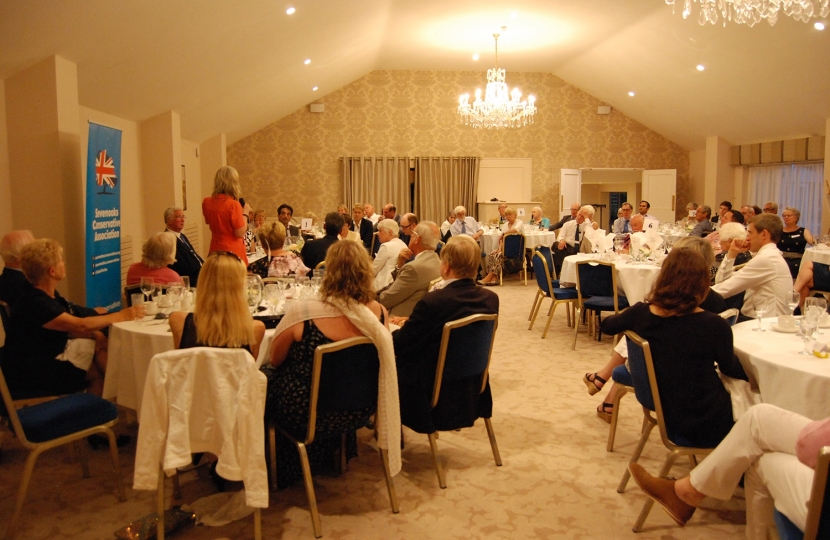 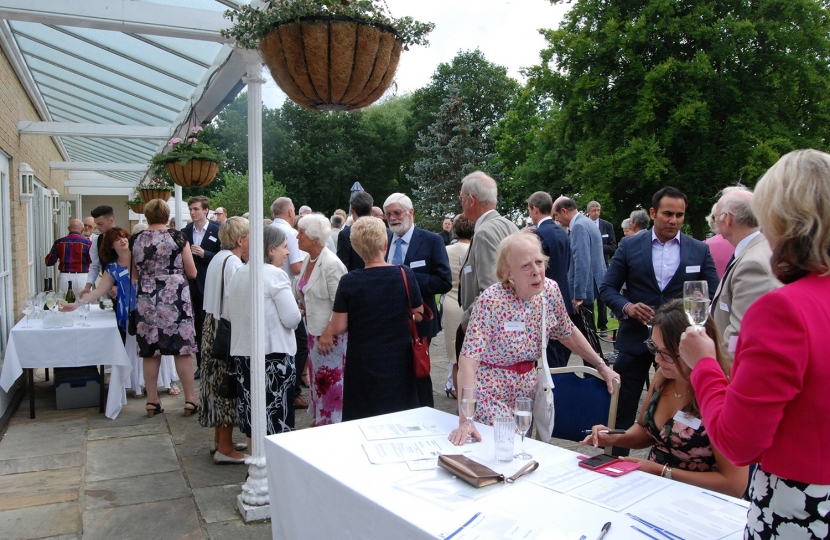 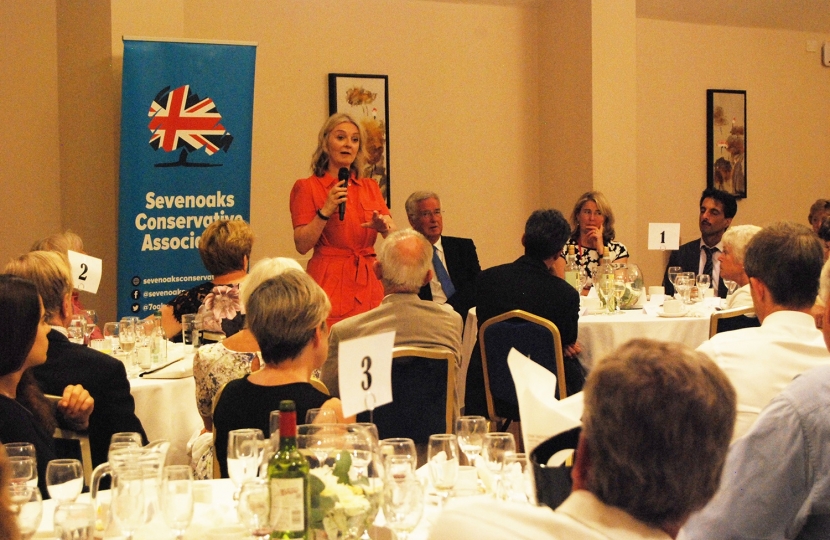 Liz Truss was given a heartfelt welcome at our annual dinner in the country setting of Hadlow Manor on the first Friday in July.  The weather was perfect for an enjoyable evening starting with drinks and lots of chat on the terrace.  After a delicious dinner, Liz spoke.

Liz comes from a staunch Labour family. However, she realised early on that the Conservatives are the party of aspiration. We want people to aspire to greater things and encourage them to do so.  Many young people have their own small businesses supplementing their income and therefore they should follow that aspirational message.  She encouraged us all to talk to young people about our beliefs.

The evening ended with a game, a raffle, a lively auction and the usual post event mingling.