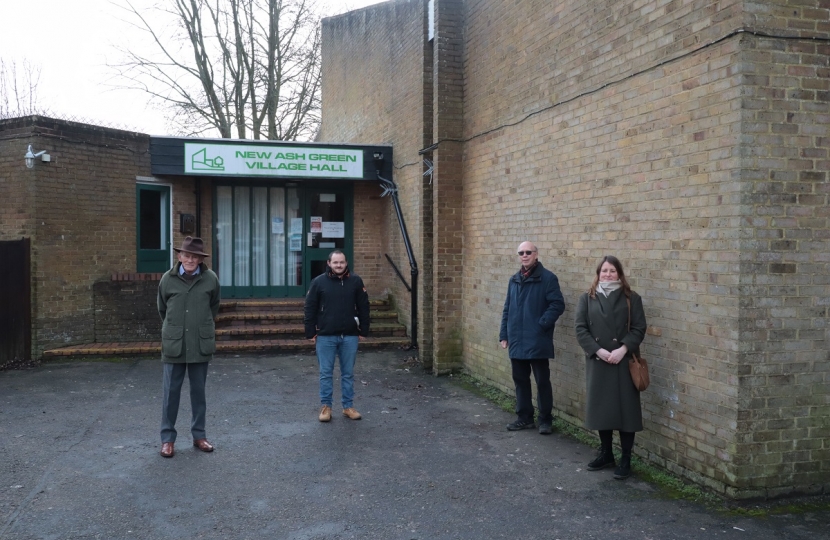 Conservatives are demonstrating their concern for the environment and working to stem climate change.

As the country gears up to respond to the Government’s plan to phase out petrol and diesel vehicles, New Ash Green should soon see its first public chargepoints for electric vehicles.  Kent County Council is working with parish councils to install chargepoints in villages where none exists.  Conservative County Councillor David Brazier made sure that the parishes he represents were the first in the queue.  New Ash Green Village Association owns all the suitable land in New Ash Green so the Assocoation worked with Ash-cum-Ridley Parish Council to put in a joint bid for chargepoints at New Ash Green village hall and in the Pavilion car park at the village sports ground.  The bid was approved, and on 18 January KCC’s nominated supplier, Connected Kerb, and their contractor visited to look at the sites in readiness for preparing the detailed plans.

The Village Association, Councillor Brazier and the Parish Council will each be putting in a modest amount of money to kick-start the project with the aim of having operational facilities within three months.

Following the successful surveys, the village is now looking forward to the next stage when plans are prepared and installation begins.  Hopefully this first step will help residents to make the switch to electric vehicles and as more people do that, the Village Association will then be able to justify adding additional chargepoints.

Many people do not realise that during the third lockdown some 50% of state school children have not been getting any live lessons from their teachers.