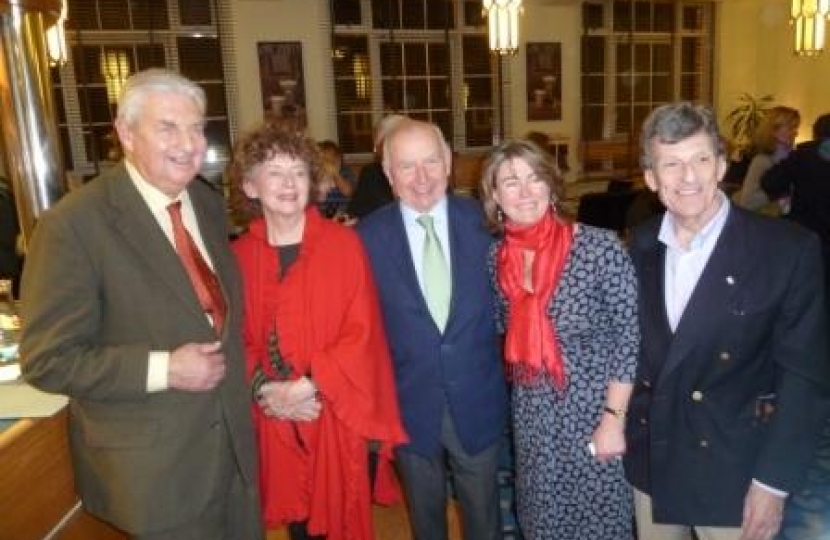 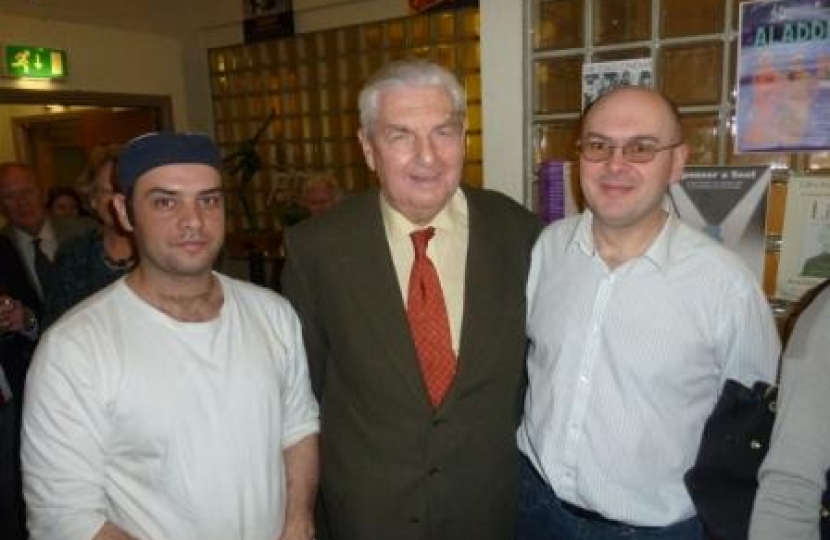 Sevenoaks Conservatives held its first ever film night in January with a private, sell-out screening of The Iron Lady at the Stag Cinema.  The event was not only sold out but had a waiting list in case of any last-minute cancellations!

The evening started with a drinks reception, with some delightful food sponsored by Zizzi's of Sevenoaks www.zizzi.co.uk, which went down very well. A bottle of whisky signed by Mrs Thatcher was auctioned and won by local resident Mr Graeme Coll and other items were given as prizes in a raffle.

This was followed by some very entertaining speakers telling stories of their time with Mrs Thatcher, including Lord Patrick Mayhew, John Horam, who both served with Mrs T, and Shenda Amery www.shendaamery.co.uk who sculpted a bust of Mrs Thatcher in 1981.

The screening of the film was enjoyed by all, although not everyone thought it showed Mrs T in the kindest light or showed the extent of her achievements for our country and beyond.

However, all agreed it had been a very successful and enjoyable evening which is now to be followed by a similar evening showing the film Amazing Grace, telling the story of Conservative William Wilberforce's fight against the transatlantic slave trade.  This is to take place on Sunday April 29th and it is recommended that you apply for tickets as soon as possible, given the popularity of the previous film night and the fact that it was sold out well in advance of the event.  Please phone 01732 452261 or contact us for tickets.