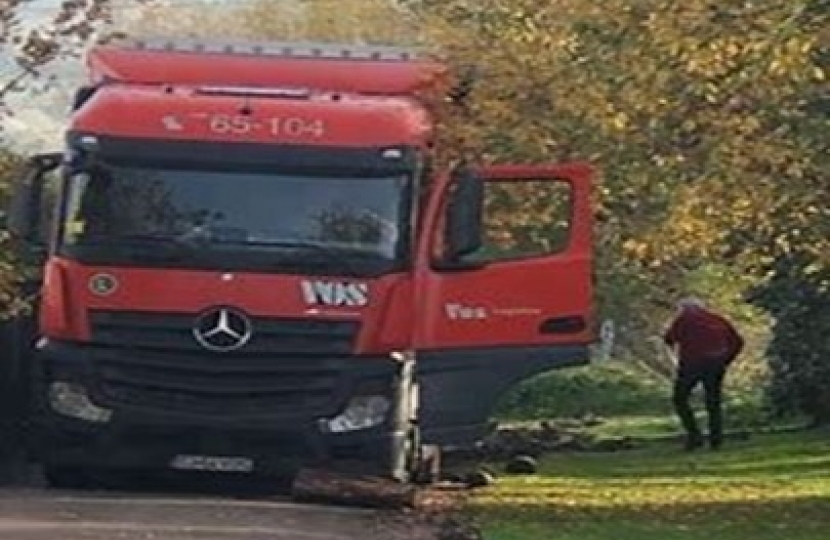 Some of our Kent villages have a noise and pollution problem that is too widely ignored. This is often described as the “inconsiderate” overnight parking of HGVs whose fruit and vegetable trailers are usually equipped with diesel powered refrigerators that have to run continuously.

Conservative KCC councillor, David Brazier, is determined to try to find a solution to this nuisance. “In the UK lorry drivers get a uniquely bad deal.” he claims. “The facilities available to drivers on the Continent are much better and their local regulations require drivers to use them. In comparison, I think the way haulage drivers are treated in the UK is disgraceful”.

David continued “Here in the UK, I have visited busy destination warehouses where no facilities are made available to drivers and where, on asking to use a lavatory, a driver is directed to a patch of waste ground behind a building; I would not have believed it, had I not seen it for myself”.

It seems that too often the receiving warehouse refuses to allow drivers on site overnight, and as a result they have to resort to a layby or deserted industrial estate, prey to local gangs and disturbing local residents. In David’s view this is clearly not the drivers’ fault, as they have no alternative.

Councillor Brazier explained “I carried out an investigation, when I was KCC Cabinet Member for Environment & Transport, to see what part the County Council could play in improving the situation. However, it became apparent that facilities are lacking because it is not possible to provide good, safe parking at an acceptable economic cost. Governments of all political hues have yet to grasp this nettle”.

David is now committed to persuading Government to take this issue seriously to find a solution.

Dear all,
Welcome to my May newsletter and apologies for its delay.