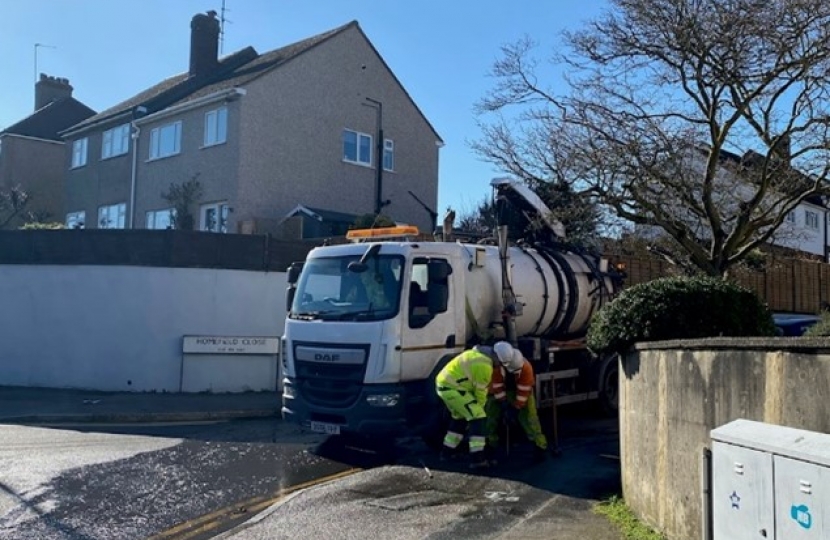 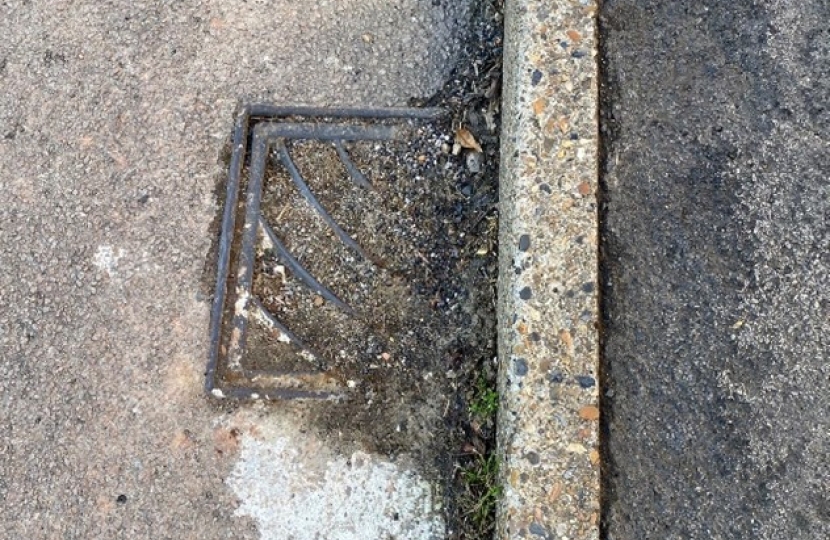 “I found that the poor drainage was not helped and most probably exacerbated by several of the gulleys in Homefield Close being blocked”, he recounted after visiting the scene. “I then reported the matter together with photographic images to KCC highways”.

Perry revisited the area some 9 days later and was delighted to find workmen were already there, tackling the problem. He spoke with the crew and was informed that one of the gulleys had become blocked due to a combination of cement and concrete being irresponsibly poured down the drain.

Councillor Cole contacted the KCC highways area manager to find out more. “I was told that further investigative work including cctv probes was planned to identify the extent of the problem. They will then repair the damage to return the gulley and drain to full operational capacity” he explained.

Perry believes that when this work is completed, it should mitigate the excess surface water in New Road and Lullingstone Avenue.

He also stressed that the repair work will be an expensive use of scarce funds and will involve inconvenience to residents. He urged residents not to misuse such communal services but to treat them with respect.

With Spring now upon us, and the lockdown restrictions beginning to lift, it has been great to once again get out and about and visit people in person (while of course socially distanced).