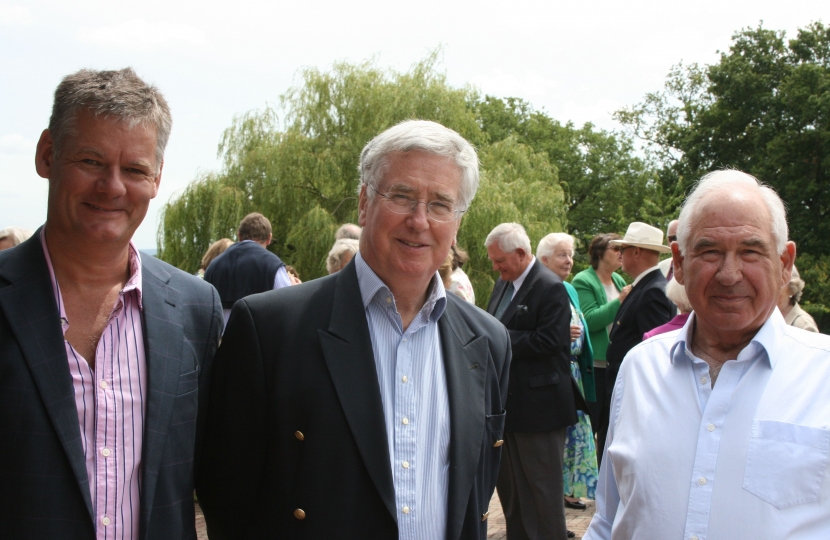 Michael Fallon MP was the guest speaker at the Crockham Hill Branch Summer Drinks Party held at Orchard House on Sunday, July 6th. He spoke about his role as Minister for Business and Enterprise . He told members he attended the launch by Her Majesty the Queen of the new supersize aircraft carrier at Rossyth on July 4th.

Michael said the entire ship had been built by British firms around the country and will be fitted out at Portsmouth. Michael Is also Minister for Portsmouth and Minister of State for Energy.