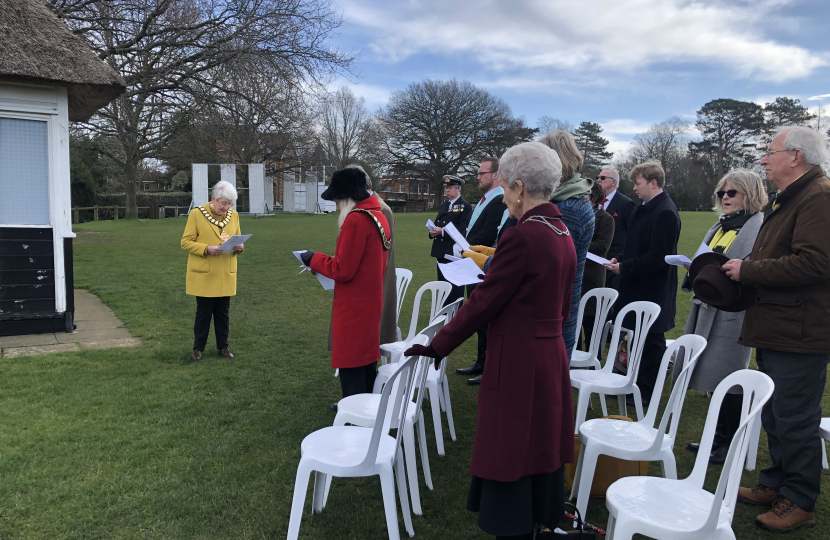 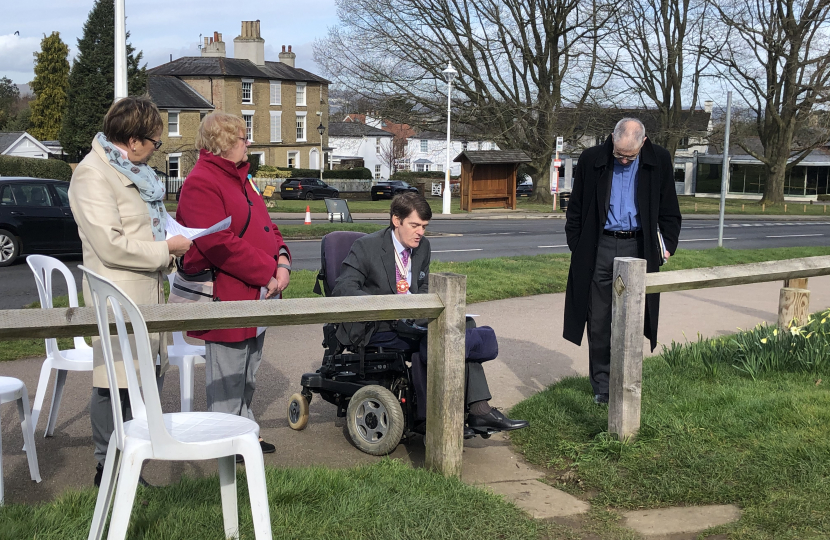 Sevenoaks Conservatives joined Liberal Democrats and Labour representatives to witness the raising of the Commonwealth Flag on The Vine on Monday 14th March 2022 to commemorate Commonwealth Day.

The service on The Vine was led by the Reverend Cannon Angus MacLeay and a Commonwealth message from Her Majesty Queen Elizabeth was read out by Deputy Lieutenant Nick Hely-Hutchinson. The Mayor of Sevenoaks Cllr Merilyn Canet read out the Commonwealth Affirmation.

Chair of Sevenoaks Conservatives, Linden Kemkaran (pictured centre, next to Nick Hely-Hutchinson (centre left) said: "The Commonwealth becomes more important, each year that passes, and it's right that we come together like this to recognise and celebrate its worth."

"The Commonwealth represents democracy, freedom, equality and friendship and I am proud that I am a child of the Commonwealth as my father grew up in Trinidad & Tobago before emigrating to the United Kingdom as part of the Windrush generation. To me, it feels like being part of a global family comprising some 2.4billion people - that's pretty special."

HM The Queen usually marks the day by attending an Anglican service in Westminster Abbey, however this year Her Majesty will be represented by members of the Royal Family.