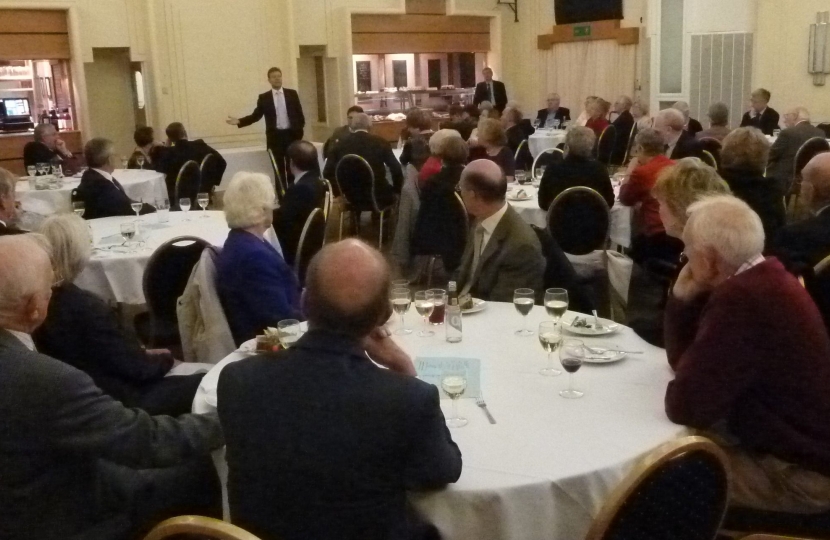 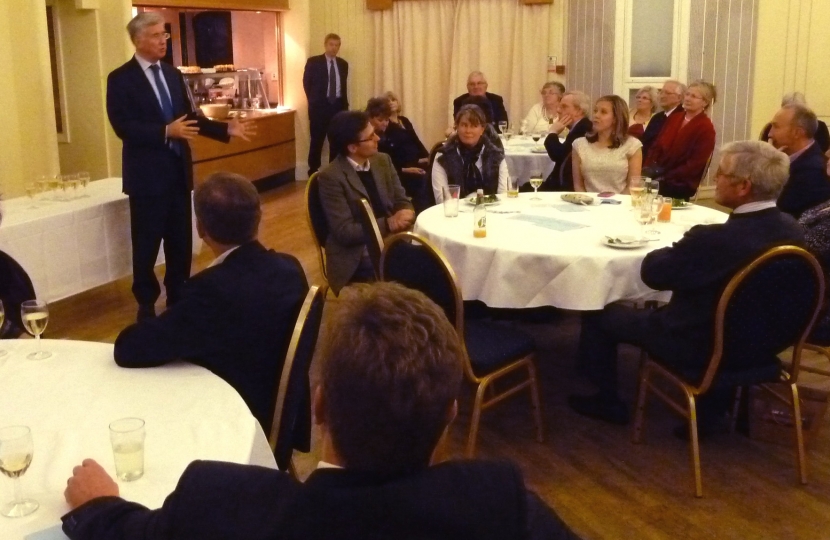 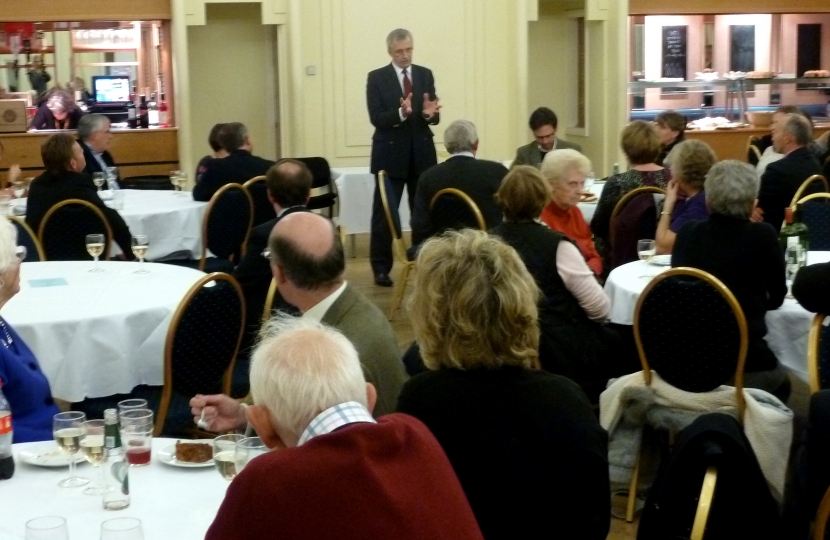 The Plaza Suite was full on the evening of Sunday October 21when we held an Association Autumn Party.

This was billed as an informal social event with interesting speakers and so it proved to be.  With excellent food, organised by Cllr Gary Williamson and Cllr Les Ayres, good company and 3 very interesting speakers, we were able to forget the fog and drizzle outside.

We heard from Rt Hon Michael Fallon MP and congratulated him on his appointment to Minister of State for Business in the Department of Business, Innovation and Skills, as well as his appointment as a Privy Councillor.

We also heard from Craig Mackinlay, the Conservative candidate for Kent Police and Crime Commissioner.  Craig set out his views on the post, described his experience and plans for the future if he is elected to the post.

We were also lucky enough to be joined by our MEP Richard Ashworth, who as always had some interesting views on life in Brussels.

All three speakers were available for informal chats during the evening and guests enjoyed the chance to catch up with the speakers as well as other members and friends.

Please watch this space for news of the next Association event which, we hope, will again combine political discussion with a social event.