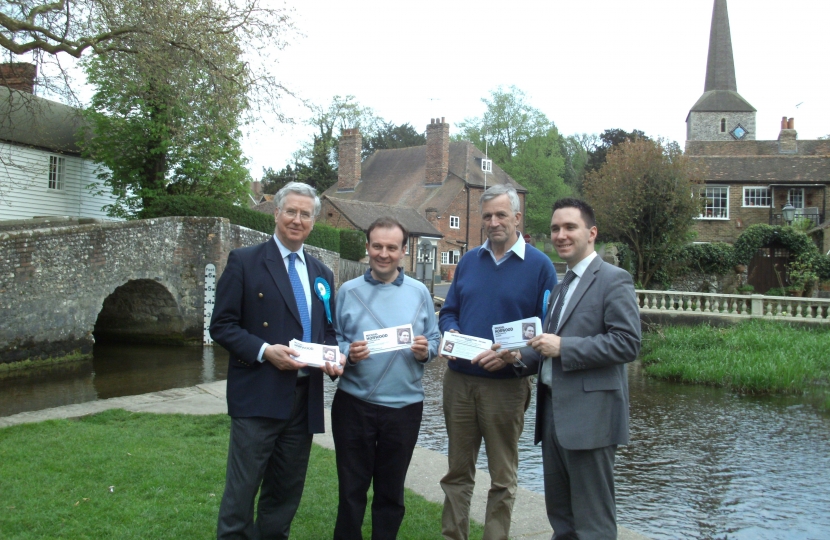 Prompt action by Eynsford’s Conservative candidate for Sevenoaks District Council Michael Horwood to get the village rail station CCTV fixed has brought a great response from operator Southeastern which is ‘keen to repair’ it ‘as soon as possible’.

Michael started up a petition to have the CCTV repaired after hearing about the problem from the Police at an Eynsford Parish Council meeting.

“I decided to take action, draft the petition up and then started knocking on doors to get people to sign it,” says Michael.

His campaign was backed by more than 250 residents who signed the petition or sent in tear off slips provided in Michael’s campaign literature.

“If elected I will continue to fight for local issues, ensure the CCTV is repaired, continue to attend all Eysnford Parish Council meetings and hold regular surgeries to sort out local concerns for residents.”

“Eysnford residents were extremely pleased to be able to speak to their elected representatives on a variety of issues about Europe, NO2AV and local issues of concern.”